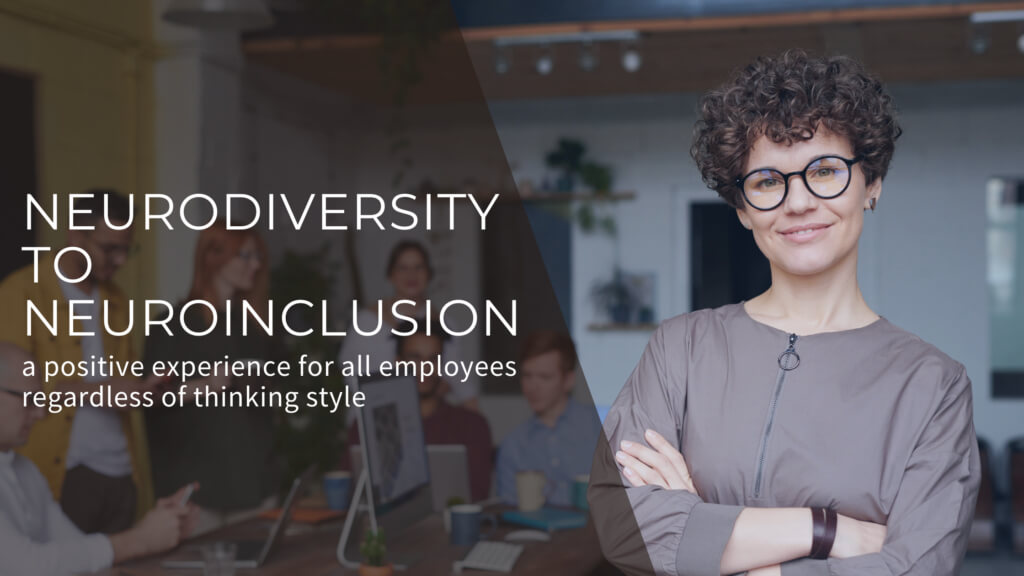 Neurodiversity, of course, refers to the human reality of the infinite variation of human brains. There is no one “normal” brain, and as such humans (and consequently, any organization or team) are naturally neurodiverse.

Yet the term has also become shorthand, over the last few years, for a new category or “pillar” of corporate diversity & inclusion: alongside gender diversity, ethnic diversity, disability, LGBTQ+ inclusion, and other topics.

(Note: neurodiversity itself of course is not new – but the term has only been in circulation for twenty years or so. It is the slow cultural recognition of neurodiversity that explains why this area has only just received a “seat at the table” within corporate diversity and inclusion priorities).

The second use of the term “neurodiversity” here – relating to a category or pillar of diversity and inclusion  – is really short for “neurodiversity at work”, a phenomenon or movement with its earliest roots in the mid 2010s.

Even prior to this, large organizations in the US, UK and elsewhere had experimented with and seen success from what became known as disability hiring programs – targeted efforts to recruit and retain talent within disability categories. Famous examples of such programs include the initiative begun by Walgreens Senior Vice President Randy Lewis in 2007, hiring such talent into Walgreens multiple distribution centers across America. Lewis has an autistic son, Austin, and both Austin’s talents and struggles were key motivators behind Lewis’s program.

Soon, Walgreens was winning awards, attracting press coverage, and inspiring others to follow suit. Crucially, programs like Lewis’s demonstrated the overlooked talent in these demographics, that hiring and supporting them was perhaps not as hard as cautious HR managers might think, and that they could deliver real results: Walgreens program notably saw plummeting turnover and absenteeism. Even more resonantly, such programs reported seeing benefits for ALL staff involved, notably building empathy and skills amongst hiring managers.

Neurodiversity programs sparked by need for talent in tech

The success of Lewis and other program builders acted as an inspiration, too, to several large office-based firms as they desperately sought tech talent during the so-called “war for talent” that raged until the labour market upheaval of the COVID-19 pandemic. With more than two-thirds of recruiters struggling to find talent, and organizations suffering from long-open positions, such firms needed an alternative talent source and found one in the autistic community – a demographic long culturally correlated to the tech sector (through the often inaccurate stereotypes of the geeky programmer) but one that had not previously rarely been considered when it came to outreach, hiring or working environments.

These early neurodiversity program builders – notably at DXC Technology, SAP, EY, and Microsoft – attracted even more publicity than had Randy Lewis and his contemporaries. Here, for the first time, were some of the world’s most glamorous firms deliberately seeking the talents of neurodistinct (specifically, autistic) professionals in front-line, high paying roles. Media coverage had no shortage of human interest stories to highlight, as such programs provided opportunities for young autistic adults who had hitherto struggled to find employment: in Microsoft’s case, the firm found that around half of their new hires had even previously applied to Microsoft and not got in, a sign of just how effective their new, tailored hiring efforts had been in removing barriers to the effective, inclusive hiring of this talent pool.

But such programs came in for some criticism, too, and in particular from people within the neurodistinct community itself. While all praised the firms’ intentions, some worried that the programs were largely hiring white, male techies – thus feeding stereotypes, and failing to engage with the majority of the far broader and more diverse neurodistinct professionals and job applicants.

Creating a culture of neuroinclusivity and self-advocacy

The most significant impact of these early hiring programs, though, was almost certainly a positive one. In showcasing a genuine enthusiasm (typically, for the first time) for talent that thinks differently, such programs typically encouraged existing neurodistinct employees to self-disclose (more confident, now, of a positive response) and to begin or continue self-advocating for the needs of existing neurodistinct staff. Thus, neurodiversity enterprise resource groups (ERGs) began to spring up, sometimes offshoots of older disability ERGs.

Neurodistinct self-advocates – from Leena Haque at the BBC, to Rachel Craddock at aerospace company Thales and Natalia Lyckowski at IBM – began to educate their own companies on the importance of neurodiversity awareness and inclusion in the form of adjustments to environments or processes, and more informed line managers.

At companies such as IBM and Deloitte, powerful coalitions of staff formed, combining neurodistinct employees with HR executives and business allies. These coalitions – driven by the articulated experiences of neurodistinct employees – realized that while hiring programs had sparked a global business interest in neurodiversity, what was ultimately needed was action to ensure neuroinclusion – a positive experience for all employees, regardless of thinking style.

The importance of neuroinclusion as a smart business strategy

With every company being, by definition, neurodiverse, and typically with many neurodistinct employees, neuroinclusion should be (and is quickly becoming) a major focus of any firm looking to attract the best talent and optimize its most expensive asset – its human capital. And as Lyckowski and others have proved, the key architects and stewards of such change can often be found in an organization already – people who combine knowledge the real challenges of being neurodistinct in a particular culture or environment, with a passion for helping their company live its values and become truly inclusive for all.

I feel we’re living the motto of “nothing about us without us”, says Lyckowski proudly. “It’s really fantastic. And through that, we’ve also come up with initiatives of things that we want to do as a group and push them up through HR, through our programming and say, Hey, we want, we need to do this. Or we want to do this. And having a lot of voices there to go through is making that done”. 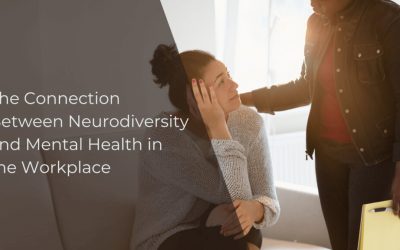