A Deeper Look into Intersectionality and Neurodiversity 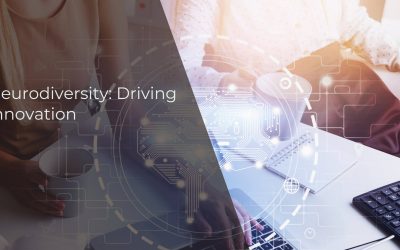 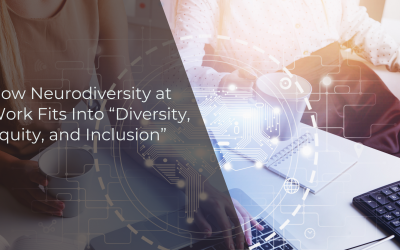 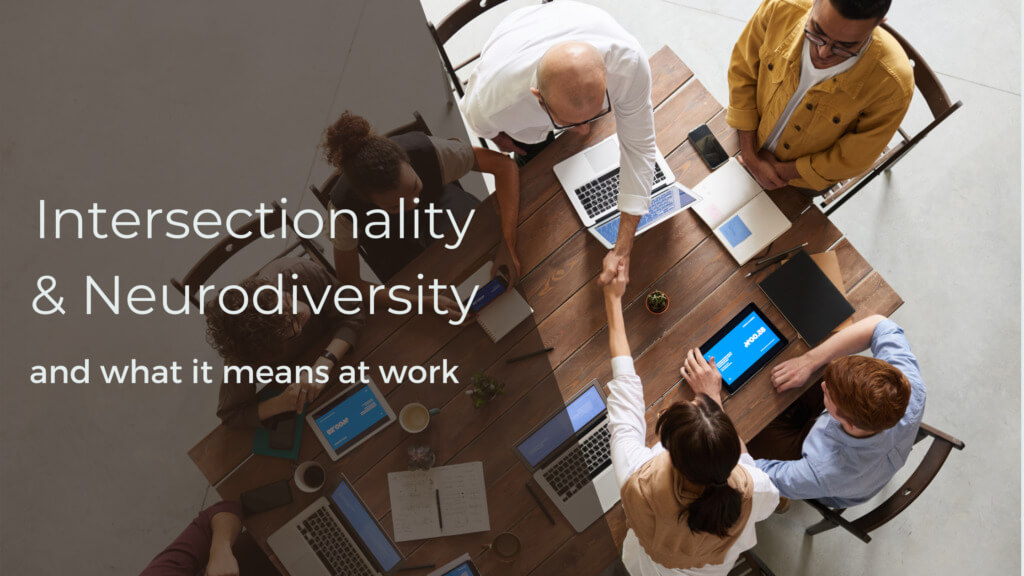 People experience and perceive the world in a variety of ways. Neurodiversity is the natural variation of human information processing – there is no single correct way of thinking, learning, or acting and these distinctions are not and should not be regarded as obstacles. Humans are by definition neurodiverse, thus any team, organization, or candidate pool is neurodiverse.

Being neurodistinct (also known as neurodivergent) can help form identity, as well as how people perceive themselves in the world. Neurodistinct persons perceive, interact with, and interpret the world in different ways. While this can lead to difficulties at times, it regularly results in innovative problem-solving and new ideas, which are beneficial to everyone.

Neurodiversity is more common than most people realize. Around 20% of the global population is estimated to be neurodistinct in some way, with the rest being “neurotypical.” Despite this, many people still have a warped perception of neurodiversity. The stereotypical prototype of neurodiversity is a white, 20-year-old tech professional with spectacles and a nerdy demeanor, or the “Sheldon Coopers” of the world. However, neurodiversity encompasses people from various walks of life. Neurodiversity is not limited to individuals of a specific gender, color, age, or ethnicity, instead, it is commonly intersectional in nature.

Simon Biles, an Olympic legend who won five medals in Rio during the 2016 Summer Olympics, was accused of doping in sports because of her medication. This caused her ADHD to come under the light. Her answer to the critics was to fiercely advocate for ADHD and those who experience it. “I have ADHD, and I have taken medication for it since I was a kid… Having ADHD and taking medication for it is nothing to be ashamed of,” she said in an interview following the event. Simone Biles is also a Black woman and speaks extensively on her experiences as a neurodistinct person of color.

Will Smith is one of the most successful actors of all time, having received four Grammy Awards and seven Golden Globe and Academy Award nominations. Smith is also a successful rapper and producer. Like Simone Biles, Will Smith is an ADHDer and also identifies as a neurodistinct person of color.

Higashida is a successful autistic Japanese author who has produced several books, including children’s and picture books, poems, and essays. His novel The Reason I Jump has been translated into over thirty languages. In 2014, he was the subject of an award-winning Japanese television documentary, and he continues to give lectures on his autistic experience across the country.

Read more about famous examples of neurodiversity such as Richard Branson in the article – “Business icons who credit their success to neurodivergence.”

Employees of all ages can be subjected to age discrimination in the workplace, depending on the job role. Because of this, the US passed the Age Discrimination Act of 1967 protecting employees 40 years of age or older. Employers can not hire, fire, promote, or base an employee’s salary based on their age.

Despite this law, age discrimination is still prevalent in the United States. Age discrimination allegations in the workplace accounted for 22% of all claims reported to the Equal Employment Opportunity Commission in 2020.

Many older neurodiverse persons were never diagnosed as children and did not receive the necessary ‌support when they were young. Autism, for example, was first diagnosed in the 1980s, and the term “neurodiversity” was first coined in the 1990s. Most older individuals never heard topics like ADHD or autism prior to these years, let alone neurodiversity.

Younger people who grew up neurodistinct may have much more exposure to their neurodiverse peers. However, older generations may have faced a bit of stigma due to a lack of information at the time. Without a professional diagnosis, the way neurodiverse persons differ from neurotypical ones may have caused intolerance.

It is increasingly common that individuals in their 30’s and beyond are diagnosed later in life, which can have significant effects on mental wellbeing at work and in their personal lives!

Despite all of the advances made by women’s movements over the years, much more work remains to be done to achieve a truly fair world. This is especially true in the workplace, where women continue to face several challenges.

When the pandemic struck, women lost over 64 million jobs worldwide, a 5% loss compared to 3.9% for men. In the United States, four-in-ten working women report they have suffered workplace discrimination because of their gender.

When considering neurodiversity, many women discover their neurodistinctiveness much later in life compared to men. One reason is that most research on neuroidentities such as autism and ADHD has concentrated on males, while women are frequently disregarded.

Fortunately, increased understanding of neurodiversity led many women to self-diagnose later in life. Many others never have their support requirements met and continue to face difficulties in their daily lives.

The difference between neurodistinctiveness in women compared to men is that it can be subtle and less noticeable. Fortunately, more and more businesses are realizing the value of a neurodiverse staff. Dell, Microsoft, and Google are among the large firms leading the charge, with programs aimed at hiring and supporting more neurodistinct women in the workplace.

One of the most common misconceptions in neurodiversity is the idea that only cis-gendered, introverted, tech geek men can be labeled as such. In reality, and as evidenced earlier in this piece, that’s further from the truth.

Neurodiversity aside, those that don’t fall into the above stereotype often face significant discrimination in the workplace. Studies show that people of color are twice as likely as their peers to be unemployed. In fact, Black men and women have the highest unemployment rates of any race/gender combination.

Even when employed, these individuals are still regularly subjected to race discrimination. According to the Gallup Center on Black Voices, one in every four Black and Hispanic employees in the United States has experienced workplace discrimination between 2020 and 2021.

Neurodiversity in persons of race can be overlooked, as it is in women. According to one study, only 58% of autistic children have documentation of this in their health or education records. Children of color were far less likely to have documentation than their white peers. Yet, neurodivergence is relatively common in many multicultural communities. Multiple studies conducted between 1979 and 2020 found that the prevalence of ADHD was 14.54% for black adults and children and 13.87% for black children.

Contrary to popular belief, non-cisgender identities (gender identities that differ from biological sex) are more widespread among neurodivergent people. According to research, over 70% of autistic people report increasing homosexuality, bisexuality, and asexuality.

Intersectionality is more relevant at work than you think!

Many people that identify as neurodistinct or neurodivergent exhibit qualities that are as distinct as their races, sexual orientations, age, and gender. Although public awareness of true diversity is growing, many individuals only associate neurodivergence with young, white males. As highlighted, such an ideology couldn’t be further from the truth.

Frankly, intersectional neurodiversity is more common than not in the corporate work sphere. Because of this, companies are beginning to embrace it as a key component of their talent management strategy.

Studies show that increased diversity in the workplace sparks innovation, which can accelerate market growth. One national study found that having higher levels of diversity in leadership make businesses 45% more likely to experience market share growth and 70% more likely to capture a new market. And another study showed that companies with more diverse management teams had 19% higher revenue driven from innovation.

Additionally, diversity in the workplace is an important recruitment and employee retention tool for businesses today. More than two-thirds (67%) of prospective employees consider diversity when looking for a new job, and more than half (57%) of current employees say they would like to see their employers increase diversity. Diversity has been shown to be especially important for Millennials who are looking for work.

Today, many companies are starting to realize the benefits of creating more neurodiverse workplaces, and as a result, they are establishing practices, policies, and initiatives within their organizations that will allow them to attract and retain more neurodistinct individuals.