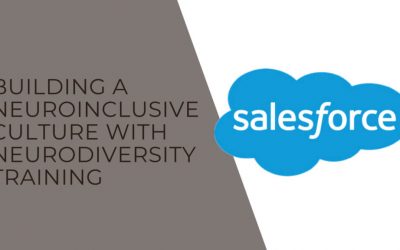 Salesforce & Uptimize Case Study Salesforce started a neurodiversity hiring program in the summer of 2019 and they implement their core value of equality by providing everyone the same opportunities while, at the same time, finding a rich source of untapped talent... 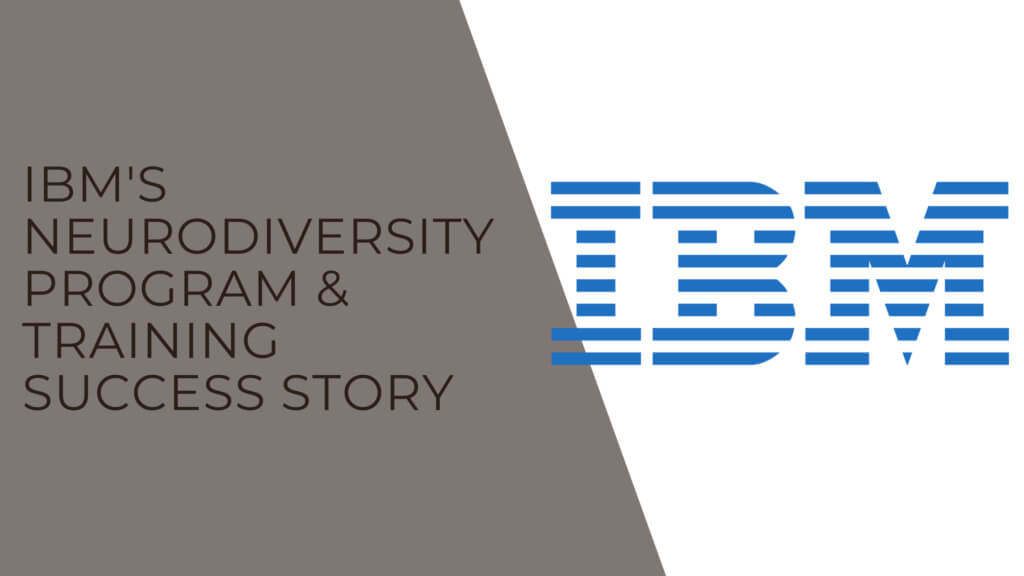 IBM has been an innovator in recognizing and leveraging neurodivergent (ND) talent, crediting that their diversity and inclusion policies have been essential to the success of their business. IBM claims that these values result in collaborative teamwork, increased productivity, and the creation of better innovations.

The multinational technology company was influenced by one of their founders over a century ago, Herman Hollerith, who was neurodivergent. The company officially launched their Neurodiversity Business Resource Group (BRG) in 2015, first labeled “Autism as a Skill” and has since hit several important milestones. In 2018, the group rebranded as Neurodiversity@IBM, expanding the focus to accept and respect all neurological variations as any other human identity factor. This includes Autism, ADHD, Dyscalculia, Dyslexia, Dyspraxia, Tourette syndrome, and many other neurological differences – both innate and acquired. Now they have global enablement in more than 30 countries and accomplishing a milestone of 1,600 IBMers completing neurodiversity training.

The company’s neurodiversity initiatives did not stop during the COVID-19 pandemic and are an ongoing priority. In fact, IBM has published several blogs and videos highlighting their recommendations, ND IBMer perspectives, and proud moments along the way.

Creating a culture of inclusion

IBM’s neurodiversity program aligns its goals under “Awareness – Acceptance – Advancement” as a progression towards full neurodiversity inclusion. Actions to make their culture friendly and welcoming to receive individuals as they are, and receive information from them is key to the program’s success.

Natalia (Nat) Lyckowski, Global Neurodiversity@IBM BRG Co-Chair, who is proudly neurodivergent and parent to an autistic IT Professional, says that neurodivergents need to have key stakeholder roles for program design, and having management buy-in and involvement is a key to creating an inclusive culture. Their motto is “Nothing About Us, Without Us!

Uptimize and IBM partnered together in 2019 to create IBM’s own “Neurodiversity 101” training, which creates a core awareness of neurodiversity at work for IBM employees. Neurodiversity 101 is a comprehensive, on-demand training program developed to help remove bias and discrimination against neurologically different individuals.

“With over 1,600 IBMers having completed the training, the next goal is to have 3,500 complete the training in 2021.” – says the Neurodiversity@IBM Global Program Manager, Diane Delaney.

When 1,000 IBMers completed the training, Nat proudly posted a video of her completing the “ice bucket challenge” to recognize reaching their goal! Diane is up next to complete the challenge when they reach 3,500.

IBM developed global internal online Slack groups or Task Forces for autistic and neurodivergent employees, providing “Safe Spaces.” The groups are a place where the neurodivergent community can go for support, educational content, questions, and to help rally other neurodivergent IBMers. But more importantly, these spaces are where neurodivergents can rally and create their own initiatives and vet others suggested by neurotypical allies.

“It’s really been exciting to see people in these safe spaces first say, ‘I’m not comfortable coming out’… Then feeling brave enough to request workplace accommodations, and a couple of months later they say, ‘wait, maybe I will do an internal presentation on the topic and out myself’ and then later on become champions for others. It’s nice to see that progression.” Nat explains.

Environment changes for an agile workspace

Uptimize’s clients like IBM cite (often simple) changes in the environment can do wonders to accommodate neurodivergent talent. When offices are redesigning physical space for COVID-19 social distancing, IBM suggests that this is a great time to rethink the sensory layout of the office environment.

“’Nobody wants to sit next to the noisy printer’ – for a neurodivergent, that would be a really bad day, or it could lower your work efficiency.” IBM locations are also creating sensory rooms and meditation spaces to detox from sensory overload.

Another source of bias that IBM recognizes and is addressing is in online tools or electronic tools, where the neurodivergent persona is not referenced in their design.

If you’re unsure of how to address environmental concerns, consulting your neurodivergent employees would be the first step. Uptimize also provides corporate training to learn more about neurodiversity at work.

Getting used to the new reality of working from home since the COVID-19 pandemic has presented challenges for everyone – the neurodivergent are not excluded.

IBM created a “Work from Home Pledge” that includes eliminating the pressure of being ‘camera ready.’ Having the camera on during meetings can create biases and heighten social anxiety.

“If you look away from your screen, people think, ‘oh she’s not paying attention.’ While in person, if an autistic in person will look away, the same bias is there.”

IBM’s future vision for the program

Nat and Diane are hopeful for the future, and the team has concrete plans to achieve the ultimate goal of “Advancement” in their “Awareness – Acceptance – Advancement” plan.

“The vision is that everybody can come through the mainstream hiring process and we don’t have to run special hiring programs. One of the broader goals is that everyone is included and able to best represent themselves in the interview assessment process. We still have a lot of work to do, but we’re getting there.”

For more tips on how to better support communication and neurodiversity to maximize employee engagement and wellbeing, Uptimize has a downloadable free ebook on building a neurodiversity program.

Salesforce & Uptimize Case Study Salesforce started a neurodiversity hiring program in the summer of 2019 and they implement their core value of equality by providing everyone the same opportunities while, at the same time, finding a rich source of untapped talent...